Wine at Two Vintners is about the experience.

Branching out. Trying new styles. New varietals. We want to expose you to wines that show how unique Washington wine can be. Our goal is to make a wine that you want to share with your friends and family. We want our wine to be shared, experienced, and accessible to all, something special that everyone will enjoy.

When Two Vintners was founded in 2007, Syrah and Merlot were the outcast varietals of the wine industry. However the quiet secret among those in the Washington wine scene was that they are two of the best varietals the state had to offer. Thumbing our nose to those unfortunate trends created the foundation of the Two Vintners label. This willingness to do the unpopular but delicious has guided the brand as we have progressed, this has helped us create wines that you
won’t see anywhere else.

Our goal is not only to be the best at what we do, but to be the only ones doing what we are doing... 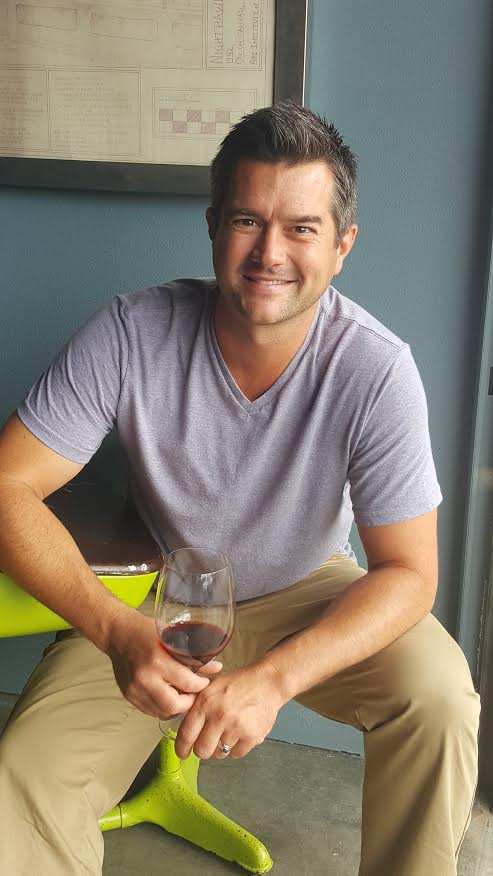 Morgan grew up in the Midwest in Indiana and graduated from Purdue University's enology program. They have a wine appreciation class and seniors took it because Monday night and you can drink in class. But I thought that it was a really fun class and I knew I could learn something from it. I became inspired from this class and I would hang out in the enology lab and ferment things. I also started doing some fermentations in my basement and gave the wine away to friends and family. The wine was made by using ridiculous varietals and the wine had residual sugar but this process of winemaking got me really excited. I took a semester off and the professor of the wine appreciation class, amazingly named Dr. Vine, ended up writing a letter of recommendation to have an internship working a harvest (2005) at a winery in Michigan. At the time I was on the track for culinary school and taking the semester off was great. I loved working in the winery, getting up early and getting dirty. I didn’t have any winemaking formal education so everything I have learned has been hands on. The first harvest in Washington was working an internship at Columbia Crest which is how I ended up in Washington. We decided to leave our families in the Midwest which was a really big change. My job at Columbia Crest was 11 dollars an hour, and we were very isolated moving to the middle of the desert and knowing nobody but the decision to come to Washington really paid off.

WWB: What are some of the biggest challenges with starting Two Vintners?

ML: I was hired at Covington in 2007 and later they partnered with me to start Two Vintners. The winery came naturally to me. I wasn’t initially asking to start a winery but I have always felt that the best and my favorite grapes in Washington are Syrah and Merlot. I think personally think they are the varietals that have the best expression state. At the time Covington didn’t focus on the varietals and I have always some wine on the side but I was thinking that we should be making Merlot and Syrah. There wasn’t initially a name or concept but they thought about it and said I should start my own winery and use the equipment and we will finance you to help get it off the ground. That first vintage was just 300 cases total and it was Syrah, Merlot and the ‘Lola’ red wine. The winery really took off from there.

At the time I thought we were going to keep it mailing list and do small releases. Demand grew and we got the scores and then now seven years later we are up to 4000 something cases. The challenge at the time was that Syrah and Merlot were a hard sell in the industry. These varietals weren’t selling well but they were hiding in the blends. I have seen Syrah turn around in a big way over the years but Merlot still wasn’t really selling well. I feel that it deserves its place and we want to make believers out of people. I have always prided myself in doing things that other people don’t do whether it is experimenting or working with different varietals and fermentation methods. We are always interested in trying to do ridiculous things like crafting one of the only Zinfandels in the state. I think that has been good for the brand as well. I try to be different and I want to have a unique product, which is one of the biggest challenges in the industry today. I have been able to work with some of the best vineyards in the state and the better relationship with the farmer the better fruit you get.