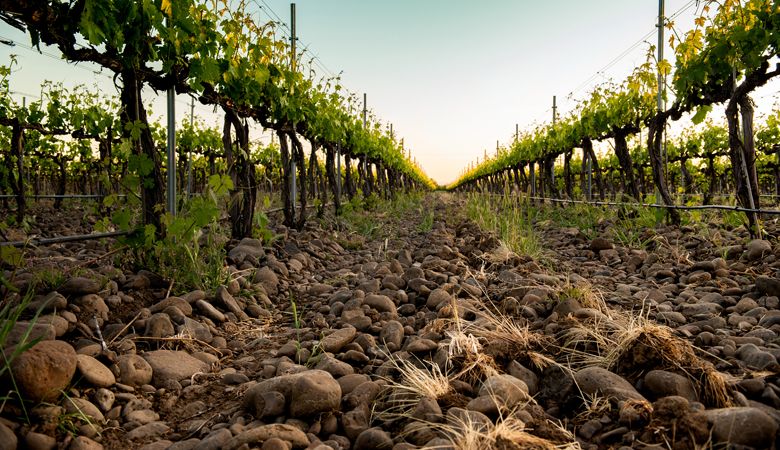 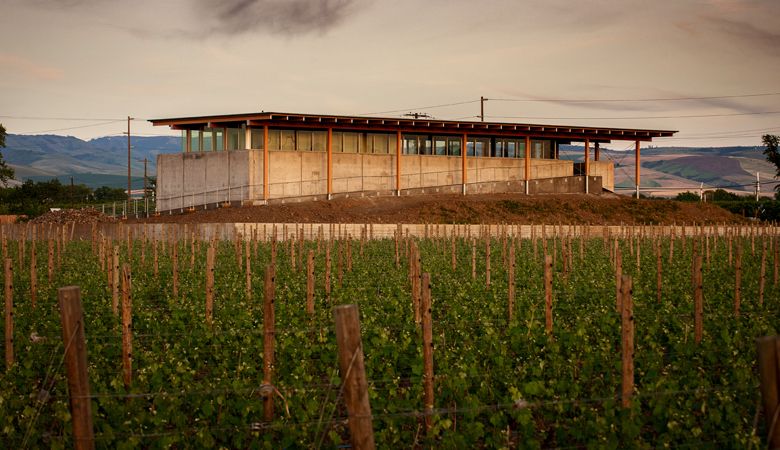 Milton-Freewater’s AVA acclaimed for its singular sense of place

It was the nod heard ’round the wine world: Harvey Steiman of Wine Spectator called The Rocks District of Milton-Freewater “the most distinctive AVA in the United States.” He further credited the area for “making some of the greatest wines in America.”

Wine critic Jeb Dunnuck, formerly of The Wine Advocate, duly praised the region: “This incredible terroir produces an exotic, perfumed and textured style of wine that’s one of the most unique — and identifiable — in the world.”

Others have echoed the sentiment. Simply put: The Rocks is a special place, and its wineries and vineyards are really just getting started.

In 1996, Christophe Baron, a young winemaker from Champagne, visited Oregon with the hopes of planting Pinot Noir. While touring the Walla Walla Valley, driving through northeast Oregon, Baron spotted an old orchard; the floor was covered in cobblestones. The rocky terrain reminded him of his beloved Chateauneuf-du-Pape. Despite some locals calling him “that crazy Frenchman,” Baron purchased the land and planted his first vineyard: Cayuse — the name derives from “cailloux,” French for stones.

“We, as wine-drinking consumers, benefit incredibly from this decision,” says Dunnuck. “I do think that the courage and the vision that Christophe showed early on is not given enough credit.” And yet, when talking to the current players in the ever-evolving region, you’d be hard-pressed not to hear Christophe as part of the conversation — even without his involvement in the AVA’s establishment — he would later pen a letter to the TTB in support of it.

It was Steve Robertson, owner of SJR Vineyard and the winery Delmas, who instigated the petition for The Rocks District of Milton-Freewater, a nested appellation within the Walla Walla Valley AVA — Walla Walla was approved in 1984. Robertson’s enthusiasm and knowledge of the unique geological conditions, including mineral composition, hydrology and temperatures of the volcanic rocks, provided sound evidence. Other wineries, in addition to Delmas, eagerly joined the cause: Buty, Rotie, Figgins, Watermill, Saviah and Zerba.

Robertson turned to renowned geologist Dr. Kevin R. Pogue, a professor at Whitman College and champion of the rocky region, to submit the petition. Approved in February 2015, the AVA remains the only one with borders defined by the pebbles and basalt cobbles in a mix of sand and silt. Today, Robertson leads the wine region’s official alliance, The Rocks District of Milton-Freewater Winegrowers Association, which serves merely 34 members.